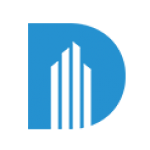 In what will spark a massive boom to the already growing nature of Brisbane as a world city, Brisbane has overnight been awarded the 2032 Olympic & Paralympic Games.

Hosting a mega-event like the Olympic Games can be a catalyst to fast-track many improvements to public infrastructure such as transport, roads and services with the flow on effects set to benefit South-East Queensland in just about every sector for the next decade and beyond.

Thee 2032 Olympics are set to propel Brisbane further into the public consciousness as a world city, following Games in the next 10 years in Paris, Milan & Los Angeles.

It is estimated hosting the Olympics & Paralympics will provide an $8.1 Billion boost for the Queensland economy with the new host regulations on cities resulting in a more sustainable and cost-effective event that will leave a meaningful legacy for the growing South-East Queensland region.

The Games are set to drive Brisbane’s economy, infrastructure investment & property marketing for the next decade.

By the time the world touches down in Brisbane, massive infrastructure projects such as the Brisbane Metro & Cross River Rail will have been completed as well as the Queen’s Wharf integrated resort development & recently completed new Brisbane Airport Runway.

You need to be social to be seen